I wasn’t always Laci, and for a while, I wasn’t Lasamee. Read more about that journey. 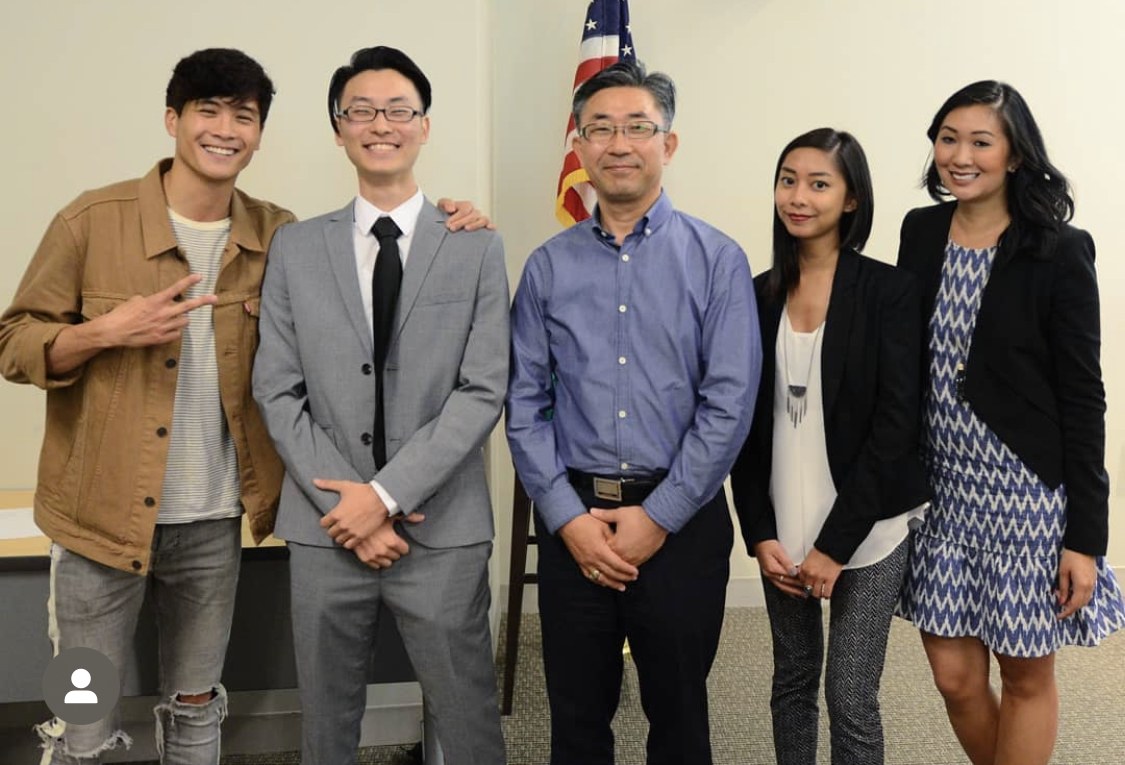 A few years ago, I spoke on an Asian American Pacific Islanders (AAPI) professionals panel. There were dozens of university students in attendance. It was Asian American Pacific Islander month, which made me feel as if I had a duty to the the Lao community, South East Asians, and anyone else who had had to deal with slurs or offensive questions like “Where are you from, from?” The invitation to participate in this AAPI panel had indicated that panelists were supposed to talk about our career paths and how we had found our way into that field. Easy enough, I thought. Sure, I can commit to this. I thought I’d cover my bases and read a little bit about Lao history just in case that was part of the series of questions that I expected.

There I was: wearing a blazer despite the Texas heat to cover my tattoos, hair straightened and tidy in what I considered an edgy asymmetrical cut, sitting next to a Vietnamese news anchor who worked in the DFW metroplex and an actor dreamboat kind of person who was a Power Ranger on the most recent version of the show. (Childhood dreams, am I right?) There was a younger Korean American student on the panel as well, representing his fellow students, who probably felt a similar pressure that I did. We had a UNT professor on the panel to round it out.

It was an hour-long session with myself and four colleagues. We were all seated in a tidy row at the front of an auditorium-style classroom. All eyes on us. Deemed the ones who had “made it.” Worthy of speaking to the next generation. The folks who had succeeded, in theory. Students from the university curiously scrutinized each of us, or so I thought. I fashioned my usual grimace into what I thought was a pleasant expression. I sat upright. My left foot jiggling at a rate of 45 miles per hour to release the anxiety from my body.

The expected questions rolled in, and those were easy. “What did you choose to study and why?” “How hard was it to find a job after you graduated?” “How do you feel as an Asian American in the work force?” We talked about things like “how we chose our career paths” (can’t say that it was 100% chosen but more like 60% “I know how to do this” and 40% this business needs me for these certain things). And what it was like to be an AAPI American navigating the world of higher education, many of us having been first-generation students whose parents were refugees or immigrants who had not experienced the world that we were in.

Two questions stand out in my memory (read: I’ve been obsessing over my responses to these questions for four years):

The answer to the first question was easy for me. “Food.” I answered, in a serious tone but grinning. People laughed and some nodded appreciatively. Who doesn’t love food??

I elaborated and went on to say that food brings people together, that it’s how we share time and community, and that, if anything, college students were usually up for a meal.

When I lived in a college dorm, I desperately missed my mother’s Lao cooking. She always seemed to know when I’d had a hard day at school and work, and there would be a pot of soup waiting for me on the stove when I got home. If it was khao poon, all of my worries and stresses melted away at the first chew of the somen noodles and sip of hot, spicy, coconut-creamy broth.

I was thinking of those moments where I craved a steaming bowl of noodle soup or something that reminded me of the comforts of my mother’s love. I wanted a warm embrace; a feeling that one could really only achieve from eating a bowl of noodles and broth made from love and ancestral care.

And now, I own and run my own food and culture business, Good and Golden, with my partner. But that is truly a story for a different day.

To the second question, I hesitated.

I felt like I was bullshitting as a panelist on the AAPI career panel and that I was failing this poor young person. Warmth rose everywhere in my body; I was sure they could see sweat droplets falling off of my nose from 30 feet away. My response was that I gave the person asking options. I wrote my actual email on my resume that included my full name, but then typed “Laci” instead of “Lasamee” at the top to maybe try to beat an algorithm or get past the first round of eyes. Because I felt foreign and unwelcome.

But why wouldn’t my given name be front and center? The name that was thoughtfully gifted to me by my parents upon reaching earth-side from my mother’s womb. It was a name that might not have rolled off the tongue as easily for everyone as the rest of the names of the resident population based on where I was born. Read: Lao refugee immigrant child born in Texas, in the U.S. of A. named something that translated to “celestial light” and was three syllables strung together in a way that no other word in the English language was. A foreign name. An unfamiliar name. Difficult. Complex. A problem for others who didn’t have a couple of minutes to practice the pronunciation.

How do I accommodate the world that I live in? The place that I occupy as a Lao American woman?

What ways can I weasel my way in to this professional world and try to just touch the glass ceiling (not even imagining I could break it)?

What part of my identity am I willing to dim to be able to get a foot in the door?

Why would I fight for my name when it’s so much easier to say Laci than it is to say Lasamee in this situation?

The reporter questions: who, what, when, where, why? What does it matter? To whom? I’m here now, am I not? In the states, with my family. Why would I complicate something “as simple as an introduction?”

I didn’t have a good answer for them because I hadn’t experienced what it was like to truly take back my name.

It was just a couple months after my father had passed. And I was particularly enraged after the shootings of Asian Americans in Atlanta, an intersection of racism and sexism manifesting in murder. I am still working on trying to figure out how I move through this world as an Asian American woman. I am still angry.

I also make up scenarios in my head in which I have to defend or protect myself or my mother. It fills me with a motivating warmth to become fitter, stronger, ready to throw someone if needed. It’s funny but it’s not. Throughout my life, there have been moments where I’ve remained silent and haven’t done anything at all when someone’s made fun of my name or sing-song chanted made-up words that are their generalized idea of what my mother tongue sounds like. At a restaurant where I was a hostess, I was once called “that oriental girl” and was too shocked to say anything (thankfully, the manager on duty told off the offender); the man who used that adjective was actually complimenting me, but I’m not a rug my dude.

I could go on about my rage, but I want to take some time to thank the people who readily learned how to pronounce my name and now say it with gusto, with love, with enthusiasm.

In the spring of 2021, I posted a vague “call me by my name” social media post while sitting outside enjoying the fire in my chiminea on the porch but also wallowing in a bit of sadness. The next day, I showed up to work (hi, Heather!) and was asked how I could be supported in the reclaiming of my name, and now I realize, returning to myself. I couldn’t tell you when I lost her though. I tear up thinking about it to this day. My soon-to-be in-laws (this was only a couple months before the wedding in 2021) practiced my name over and over again, in my presence and I will assume, with one another when I wasn’t there. It’s truly music to my ears. Sometimes, I still get goosebumps when I hear my name being spoken aloud, instead of people saying “Laci” which was an adoption of convenience when I knew no better.

It wasn’t too difficult for me to take back my name in the end, and it was pretty painless, to return to being Lasamee. You can do it, kids. I want to hear from you how it goes when you return to yourself, too.

In hindsight, for that panel, most attendees were interested in the charming Power Ranger actor guy, who, in the end, I also found charming and sweet. Later we would bond over our shared love of sambal olek, or chili garlic sauce, that we both kept stocked in our pantries. (Hey, Peter!)